The Impact of the DDoS Attack 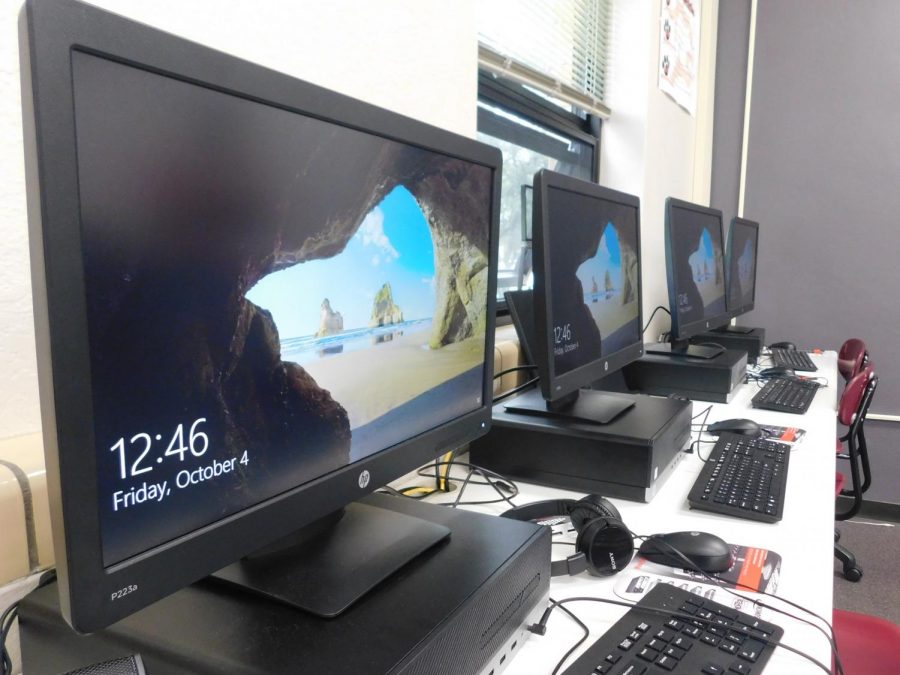 In the last few days, many students and staff had noticed that the network connection at the high school was incredibly slow. The almost nonexistent internet speed had impacted the teachers’ lesson plans and forced them to use other sources besides the Chromebooks given to students to complete assignments. At that time, many students and staff were wondering why this was happening, and if the administration would take action to fix it. Why was the network so slow that day? The answer to that question was answered via the school intercom Thursday morning.

Assistant Principal Daryl Moore announced how the the high school was under a DDoS attack. A DDoS attack, short for Distributed Denial-of-Service, is a way to overwhelm the school’s network by flooding the bandwidth and targeting the system. This problem became apparent Tuesday morning when the IT department realized the internet was running slow and then completely stopped working for about thirty minutes.
What is a DDoS attack?
A DDoS attack can be compared to driving on the highway. For example, the network connection is the lanes of the highway. You can choose to exit and enter whenever you want by choosing to use the internet. When a DDoS occurs, this road gets clogged up by a surge of cars, all created by the attacker, creating a huge traffic jam and preventing anyone else from functionally using the highway. It is similar to having many people on the network, but all these people are actually “fake cars” used by the hacker.
What are the repercussions?
The act of a DDoS attack is an illegal one, and has led the district to contact law enforcement to find out who is responsible for it. According to Assistant Principal Randy Wetzel, the administration has not yet figured out who has committed this crime, and they are still trying to get to the bottom of who could have attacked the school’s network.
What is the future of the high school’s cyber-security?
With this attack happening, many people are questioning the integrity of the high school’s cyber-security system. Director of IT, Ryan Axman, states that they are handling the problem. He commented how his IT team is “working with Nex-Tech, our internet service provider, to implement stronger security measures to help minimize the effects of future attacks,” and how they are working on new security measures for “a better long-term solution.”

DDoS attacks can be both annoying and a serious issue. It can disrupt the way classrooms function and force teachers to find new ways to teach without the advantages of having internet connection. However, the district of USD 428 quickly got to the heart of the problem and made arrangements to solve the issue at hand. During the intercom announcement of the DDoS attack, Daryl Moore stated that “[w]hile this may slow the internet for us at times, it does not mean learning will stop.” Like how the students of Great Bend High School had to adapt to the lack of internet, the district itself will have to adapt to prevent future attacks like these, and how to create an environment for better cyber-security.