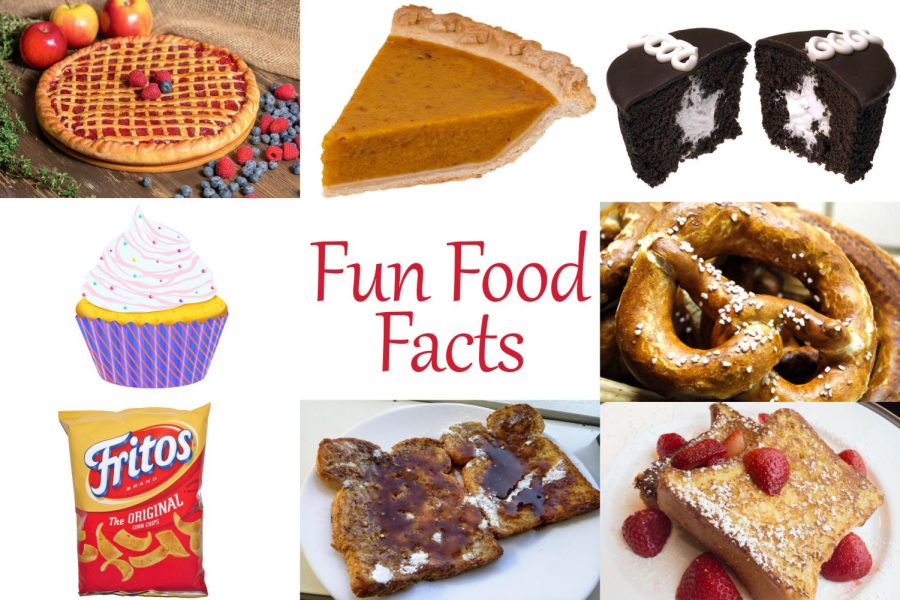 During the Industrial Revolution desserts and general food began to be mass produced, processed, preserved, canned and packaged In America and Europe.  Frozen foods, including desserts, became very popular in the 1920’s when freezing foods emerged.  Today there are many different snacks and desserts available at grocery stores.

Here are some fun facts about some of my favorite snacks and desserts.

Pie – The pilgrims were the original creators of pie, then they brought their pie recipes with them to America, and learned new techniques and ingredients they could use in the pies. The first pies were based around fruits and Berries Pie evolved to become one of the most special desserts in American cuisine. Pie has become a huge part of American culture.

The cupcake – evolved in the United States in the 19th century, and it was revolutionary because of the amount of time it saved in the kitchen. Cupcakes became a popular culture trend today in the cooking world. Cupcake recipes is one of the most popular google searches.

Frito corn chips – Frito’s are only made of 3 ingredients.  These days we expect our junk food to be filled with unsayable ingredients to preserve and add artificial flavor. Fritos are made of corn oil, corn and salt. Because the recipe is so simple, it has barely been changed 80 years after its invention.

Concession stand pretzels – they were created by a monk around 610 in Italy. According to history and technology, the monk baked strips of dough that he folded into a shape that resembled a child crossing its arms in prayer. He would give these treats to children who had memorized their prayers.

French Toast – The first known reference to french toast was invented in the apicius, a collection of Latin recipes dating between the 4th and 5th century, where it is described as another sweet dish. Recipe calls for eggs, sliced fine white bread, crust must be removed, and tear the bread into long strips, vegetable oil. The final step is to cover the french toast with honey.

The information comes from the following sites: