Up and Coming Marvel Movies 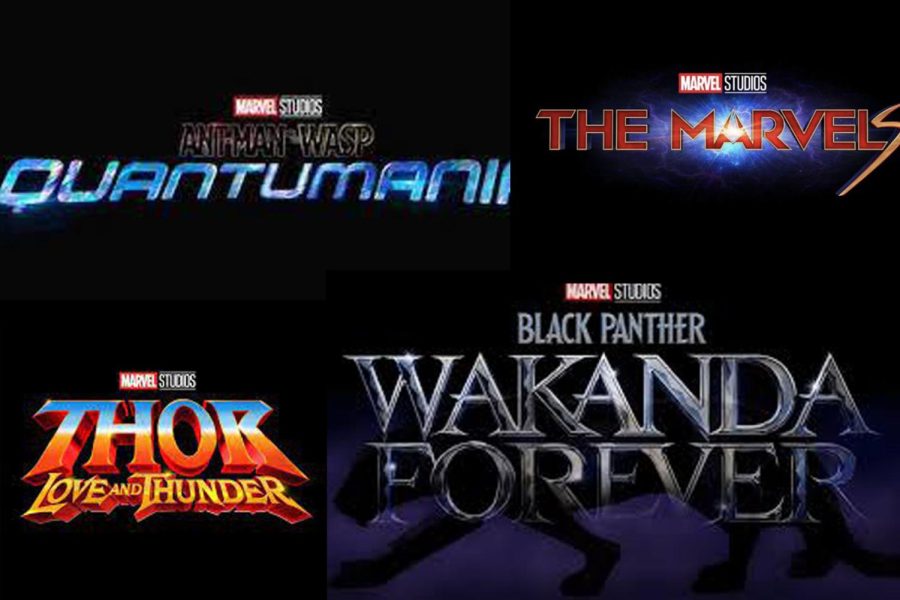 Now, you may be wondering, What are some of the up and coming movies for MARVEL? Well, I’m here to tell you, and if your anything like me, then you are a HUGE MARVEL Fan. So, without further adieu, lets get into it.

The first movie that is scheduled to come out is Thor: Love and Thunder. This movie will be out July 8. 2022. Thor: Love and Thunder will follow Thor (Chris Hemsworth) on a journey unlike anything he’s ever faced- a quest for inner peace. However, his retirement is interrupted by a galactic killer know as Gorr the God Butcher, who seeks the extinction of the gods. In order to combat the threat, Thor enlists the help of King Valkyrie, Korg, and his ex-girlfriend Jane Foster. Together, they embark upon a harrowing cosmic adventure to uncover the mystery of the God Butcher’s vengeance and stop him before it’s too late.

“I am most looking forward to Black Panther 2 because I want to see who carries on the legacies because the actor for black panther is dead. I also want to see how they honor him.” said Great Bend High School freshman Abby Melson.

The next movie that is scheduled to come out is Black Panther: Wakanda Forever. This movie will be coming out in November. So far, not much is know about what will happen in this movie. There are some rumors about how this movie is going to have some emotional moments, but nothing is set in stone yet. However, nothing is known regarding how the sequel will handle T’Challa’s absence.

“I am most excited to see the second Black Panther movie when it comes out.” said Great Bend High School junior Kynslee White.

Another MARVEL movie scheduled to come out is Ant-Man and the Wasp: Quantumania. This movie will come out on February 17, 2023.  Not much has been released about this movie yet but there are a few theories out there. All we know so far is that Ant-man will face off against Kang the Conqueror. During the five years that Scott Lang was trapped in the quantum realm, his daughter grew up. Cassie Lang in now a teenager, and in the comics she becomes Stature. So, will MARVEL lean into the Young Avengers? We’ll just have to wait and see.

And, last but not least, we have The Marvels, which is to be released on July 28, 2023. This movie will feature Brie Larson returning to the role of Captain Marvel/Carol Danvers. She will also be joined by Teyonha Parris, who first showed up as adult Monica Rambeua in WandaVision, along with Iman Vellani, who will appear as Ms. Marvel in the upcoming Disney+ series.

I hope that everyone is just as excited for these upcoming movies as I am. Since we only have 2 days left of school, I hope everyone has an amazing day! This is Emma, signing off for the year.